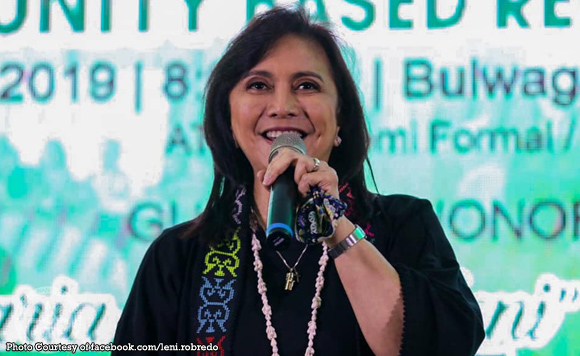 Tisoy may have left the country, but not all places he visited has recovered from him.

Vice President Leni Robredo took to Facebook to provide updates about what’s happening on the ground.

Robredo said there was still no power in her Naga home, though most of the city already had their electricity restored.

Phone signals were also back

However, many Camarines Sur towns have no power as all.

As for Albay and Sorsogon, whose coastal areas were the worst hit, she said many areas do not have phone signals except for Legazpi City and nearby towns.

A team from her office is also going to Masbate to check up on it, as it had been difficult to get accurate reports of its condition.

She will keep us posted!

“Updates from the ground.

We don’t have electricity yet at home but most of Naga have been energized already except for the upper barangays and some specific areas (ours included). Phone signals were back the day after the typhoon. Most Camarines Sur towns have no electricity yet.

One of our teams is on its way to Masbate today. It has been very difficult to get accurate reports from there. But we will keep you updated,” Robredo said on Facebook.