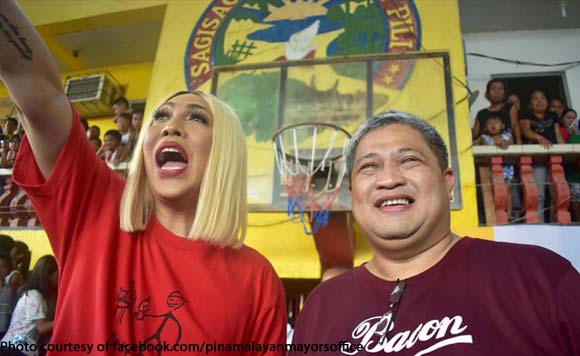 0 2,746
Share
Want more POLITIKO News? Get the latest newsfeed here. We publish dozens and dozens of politics-only news stories every hour. Click here to get to know more about your politiko - from trivial to crucial. it's our commitment to tell their stories. We follow your favorite POLITIKO like they are rockstars. If you are the politiko, always remember, your side is always our story. Read more. Find out more. Get the latest news here before it spreads on social media. Follow and bookmark this link. https://goo.gl/SvY8Kr

Pinamalayan suffered during the onslaught of typhoon Tisoy, but its residents found a reason to smile recently.

ABS-CBN Sagip Kapamilya and comedian Vice Ganda visited the town to bring help and cheer to its residents.

They were joined by Duterte Kitchen, Energy Secretary Alfonso Cusi, and Oriental Mindoro Gov, Bonz Dolor, among others.

Pinamalayan Mayor Aristeo Baldos welcomed them and thanked them for their visit, according to a post on his Facebook page.

Not only did they provide valuable help to the affected residents, they also brought happiness.

The mayor wished them blessings in return, and said the town really felt the love.

Who fears rats? Not Albay Vice Gov. Grex Lagman who says he…