Albay placed under state of calamity 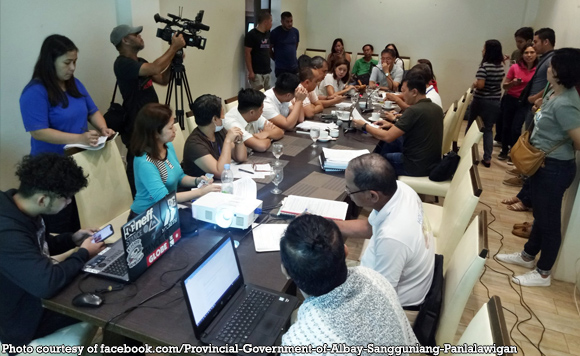 0 475
Share
Want more POLITIKO News? Get the latest newsfeed here. We publish dozens and dozens of politics-only news stories every hour. Click here to get to know more about your politiko - from trivial to crucial. it's our commitment to tell their stories. We follow your favorite POLITIKO like they are rockstars. If you are the politiko, always remember, your side is always our story. Read more. Find out more. Get the latest news here before it spreads on social media. Follow and bookmark this link. https://goo.gl/SvY8Kr

The Sangguniang Panlalawigan ng Albay (SPA) has passed a resolution declaring the whole province under a state of calamity.

The province of Albay was one of the provinces in Bicol Region that first experienced the wrath of Typhoon Tisoy.

“The SPA, the Office of the Governor and all provincial executive departments will always be at the forefront in serving our beloved Albayanos,” Lagman said.

Meanwhile, Lagman also congratulated the collective efforts of various government agencies and the cooperation of Albayanos as the province recorded zero casualty.

“And, most importantly, job well done because we’re Zero Human Casualty in Albay,” said the VG.