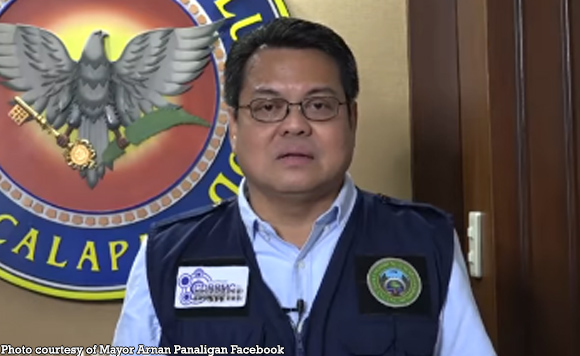 0 353
Share
Want more POLITIKO News? Get the latest newsfeed here. We publish dozens and dozens of politics-only news stories every hour. Click here to get to know more about your politiko - from trivial to crucial. it's our commitment to tell their stories. We follow your favorite POLITIKO like they are rockstars. If you are the politiko, always remember, your side is always our story. Read more. Find out more. Get the latest news here before it spreads on social media. Follow and bookmark this link. https://goo.gl/SvY8Kr

Calapan City Mayor Arnan Panaligan has ordered the suspension of classes in all levels starting tomorrow until further notice.

“Classes in all levels, public and private schools, in Calapan City tomorrow, Wednesday, Dec. 4 will remain SUSPENDED until further notice,” the Office of the Mayor said.

“Work at CITY HALL tomorrow also remains suspended except those involved in disaster rescue, relief and response,” it added.

“For other government offices and private enterprises, resumption of work will be up to their respective superiors, higher authorities and management,” the Office of the Mayor said.