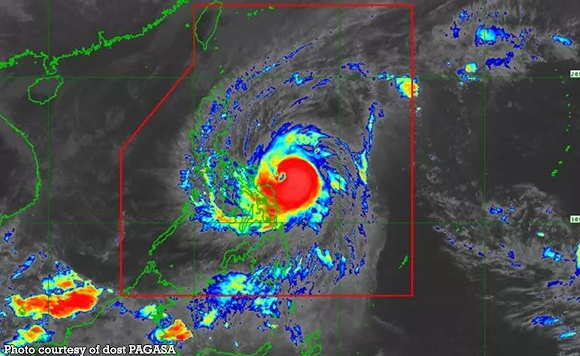 Albay Governor Al Francis Bichara is aiming for zero casualty as the province braces for the wrath of Typhoon Tisoy.

The Provincial Social Welfare and Development Office has distributed 2,000 sacks of NFA rice and relief packs to the evacuees in Albay today.

“As of the present, the Albay government is completing the evacuation of residents from all communities threatened by flood, landslide, lahar, storm surge, and wind to safe public and private centers, in accordance to the Provincial Disaster Risk Reduction and Management Council Advisory No. 2,” said the province.

“The Albay Public Safety and Emergency Management Office (APSEMO) has initially conducted a typhoon mitigation project which is a province-wide trimming of trees along roads and national high ways. The project already started on November 13, 2019,” it added.

The province also said that during a typhoon, tree branches or fallen trees wreak havoc on properties and even pose risk to human lives.

“Engr. Dante Baclao, head of the Provincial Engineering Office said that the PGA has deployed equipment such as dump trucks in Libos, Oas, Tiwi to help assist with the evacuation as well as in the delivery of some relief items. The office also provided back hoes in Camalig Municipality to clear the waterways, blocked by lilies,” said the province.

“The Provincial Health Office (PHO) is also providing water purification tablets like Aqua Tabs upon the request of the city and municipality rural health units. The Health Office is open for further medical assistance to the evacuated families. They will visit the evacuation centers once the typhoon has passed,” it added.