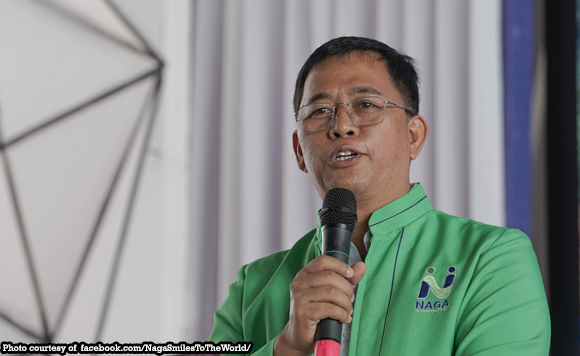 Naga City Mayor Nelson Legacion has withdrawn his participation to the Asia-Pacific Mayors Academy in Thailand to be on top of the preparation for the coming of Typhoon Tisoy.

“My luggage was packed days ago and today I am ready to take my flight to Bangkok, Thailand to attend the 2nd part of the Asia-Pacific Mayors Academy from Dec 2-5, 2019,” said Legacion.

Typhoon Tisoy has already entered the Philippine Area of Responsibility yesterday. It is forecasted to make landfall in Bicol Region on December 3.

“But as the father of the city, I cannot bear the thought of leaving while our people and our city are about to be hit hard by the upcoming typhoon Tisoy,” he said.

“So I have to WITHDRAW my participation in the said Mayors Academy.”

The mayor, together with Councilor Jose Perez and other officials and employees, “went around the city this morning to inspect the flood flaps, drainages, spillways, waterways and flood gates including that in Canaman to ensure the free flow of water and help avoid flooding.”

(1) SUSPENSION OF CLASSES in all levels on Monday, Dec 2, until further notice, and

“I am asking everyone to stay vigilant and be prepared for the upcoming typhoon Tisoy,” said Legacion.