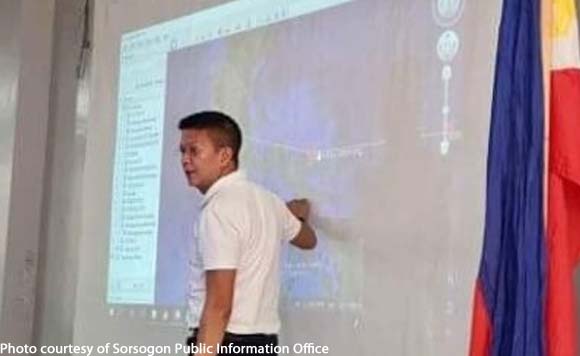 0 351
Share
Want more POLITIKO News? Get the latest newsfeed here. We publish dozens and dozens of politics-only news stories every hour. Click here to get to know more about your politiko - from trivial to crucial. it's our commitment to tell their stories. We follow your favorite POLITIKO like they are rockstars. If you are the politiko, always remember, your side is always our story. Read more. Find out more. Get the latest news here before it spreads on social media. Follow and bookmark this link. https://goo.gl/SvY8Kr

SORSOGON CITY — Sorsogon Gov. Francis “Chiz” Escudero III has declared the suspension of classes in all levels in the province Monday and Tuesday next week as a preemptive measure against the possible effects of Typhoon “Tisoy”.

Though the formal declaration has yet to be issued, Escudero said the decision was reached after meeting the members of the Sorsogon Provincial Disaster Risk Reduction and Management Councll (SPDRRMC) on Friday as the province gears up for the incoming weather disturbance that was forecast to hit the Bicol Region.

The governor will also issue a directive for the forced evacuation of residents in hazard areas.

Escudero said they are now moving to pre-position food supplies and medicines to ensure that these are located in areas where they would be needed.

He also directed all municipal disaster managers to check their respective evacuation centers and make certain that these are all prepared for evacuees.

He expects reports on this in the coming days.

Escudero called on the public to cooperate fully with authorities to avoid untoward incident and casualties.

He also appealed for prayers that the province and other parts of the country be spared from the typhoon’s wrath.

Dimaano told the Philippine News Agency (PNA) that the governor wants to know the exact location, date and time that the typhoon would have an effect on the province.

He said the disaster command center is active 24/7 and that all logistics are now in place.

Dimaano called on the public to always monitor public announcements as the typhoon draws near the Philippine Area of Responsibility (PAR). (PNA)