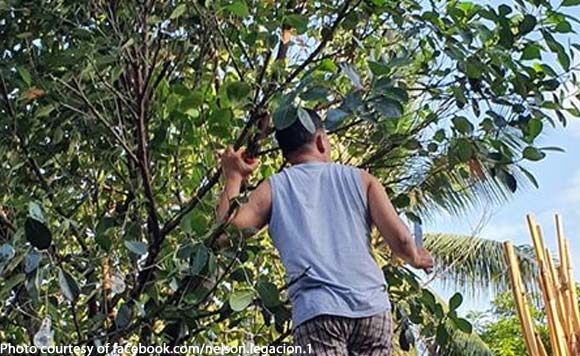 It seems all of the Bicol region is preparing for the possible onslaught of typhoon Tisoy and Naga City Mayor Nelson Legacion is no exception.

Legacion ordered the trimming of trees along major roads to save them and to minimize accidents that they may cause should they fall down.

He also trimmed his favorite jackfruit tree in his own garden to save it from disaster, he said in a Facebook post.

He said he was praying for the typhoon to go away, but it was still best to be ready should it come.

It’s not just people who he wants to protect, but the trees as well!

Though we fervently pray, we had also started needed preparations including the trimming of trees that I ordered along major roads. I urge everyone to do the same as I did to my favorate jackfruit tree in our garden earlier today to save it from the disaster Tisoy may bring.