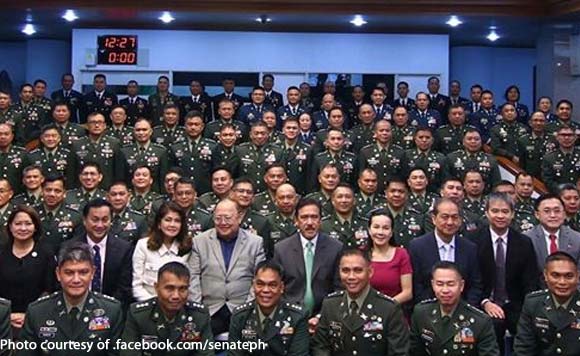 As a member of the Commission on Appointments, Occidental Rep. Josephine Ramirez Sato plays a crucial role in confirming the promotions of military officers.

She also made special mention of Col. Eric Domenden Guevarra and Col. Michael Dulnuan Licyayo, both from the Philippine Army and who served in Occidental Mindoro.

But she had a message for all the armed forces officials.

She called on them to always uphold the constitution, defend our sovereignty and secure the territory of our country.

Even as they rise up in rank, they should be steadfast in their duties!

“Congratulations to the 113 newly confirmed officers of the AFP! Congratulations and special thanks to Col. Eric Domenden Guevarra, PA and Col. Michael Dulnuan Licyayo, PA, who both served in Occidental Mindoro as Commanding Officer of the 76th Infantry Battalion, 2nd Infantry Division.

May you always strive to uphold the constitution, defend our sovereignty and secure the territory of our country.