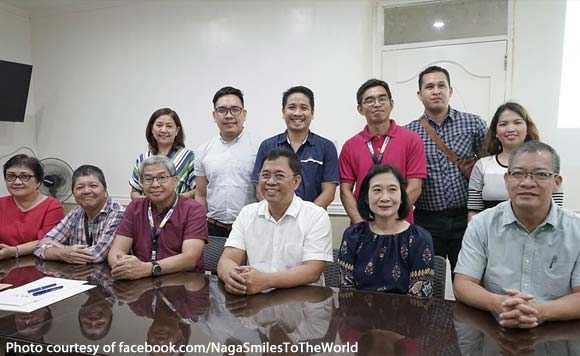 Naga City Mayor Nelson Legacion has signed a memorandum of agreement with the Ecosystems Research and Development Bureau-DENR (ERDB) of the DENR for the preservation biodiversity in urban parks.

“Following the results gathered from their recent study, the research team from the Ecosystems Research and Development Bureau-DENR (ERDB) of the DENR headed by Dr. Lynlei L. Pintor, Ph. D., signed a Memorandum of Understanding (MOU) with the LGU-Naga through Mayor Son,” the city government said.

They also presented the developed guidelines in preserving the biodiversity of the LGU-managed urban parks, namely the Plaza Rizal and the Plaza Quince Martires, as well as for future infrastructure developments.

“Results from the study encourages the planting of local and native species of ornamental trees, since it is low-maintenance and attracts around 15 species of birds that can be seen in the city,” the city government said.

Meanwhile, as part of the celebration of the November Clean Air Month, the City Environment and Natural Resources Offices (ENRO) Pollution Control Division and the Sociocultural Division conducted an Anti-Smoke Belching Operation using its Gas Analyzer Machine, randomly testing tricycles around the city to ensure and maintain standard clean air.

“The two-day activity runs until today, filled with activities such as the musical event entitled, ‘Rock is in the Air: Kantalikasan Rock Jam’, which reinforces environmental education to the youth through music,” the city government said.