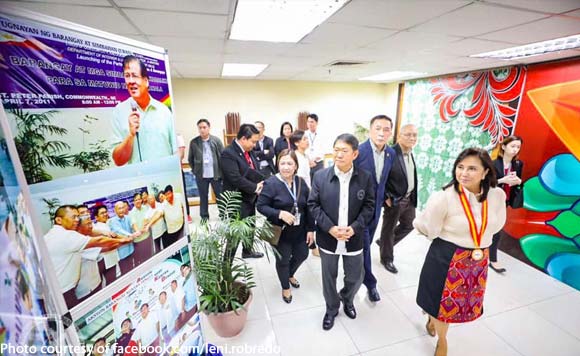 Vice President Leni Robredo has found a reason to thank the Department of Interior and Local Government.

The DILG may have had issues with her request for a list of drug suspects in her capacity as anti-drug czar, but she is grateful to the department for another thing.

The DILG had put up a permanent exhibit about her husband, the late DILG Secretary Jesse Robredo, who perished in a 2012 plane crash.

In a Facebook post, the VP thanked DILG Sec. Eduardo Año and the DILG family for keeping Jesse’s memory and legacy alive.

She visited the exhibit recently after meeting with the department’s officials.

When it comes to honoring Jesse, the VP and DILG are in agreement!

“Thank you, Secretary Año, and the DILG family for keeping Jesse’s memory and legacy alive.

Visited this permanent exhibit at the Robredo Hall of the DILG office after our meeting this morning,” Robredo posted.