House to grill Albayalde, other PNP execs on what happened to P35M bounty for Batocabe killers 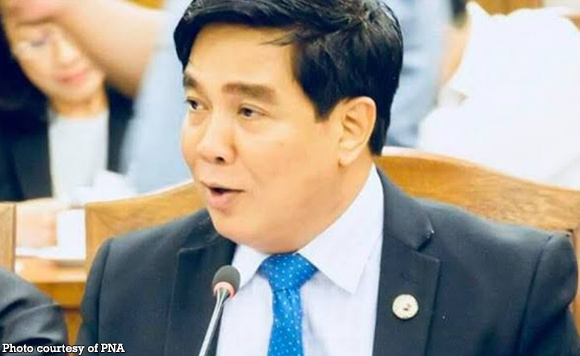 LEGAZPI CITY — Former Philippine National Police (PNP) chief Oscar Albayalde and other high ranking PNP officials will have to give the House committee on public accounts a full accounting of the P35-million bounty for the killers of AKB Rep. Rodel Batocabe.

Ako Bicol (AKB) Party-list Rep. Alfredo Garbin on Monday said the committee, chaired by Anak Kalusugan Party-list Rep. Michael Defensor, has summoned Albayalde to shed light on the status and answer issues surrounding the disbursement of the multi-million bounty that was raised by the President, the House of Representatives and the province of Albay intended for the prosecution witnesses in relation to the Batocabe murder case.

Garbin said members of the committee on public accounts will ask the former PNP chief to explain and submit an accounting on the P35-million reward raised for the capture of the mastermind and killers of Batocabe.

According to Garbin, the PNP officials invited asked the meeting be conducted in an executive session as critical matters discussed would be detrimental to the ongoing murder case.

He said the meeting was called for in view of a clamor from members of the House of Representatives for an accounting of the P13 million they gave to raise the reward money to pin down Batocabe’s killer and mastermind.

Garbin said the P35-million total bounty included P20 million from President Duterte; P13 million from members of the 17th Congress and the P2 million from the Albay provincial government.

The AKB party pledged P15 million but the funds would be given to the Batocabe family to finance expenses for litigation and private prosecution lawyers handling the case.

“As a matter of transparency and accountability, we would ask Albayalde to submit to Congress a report where the money was used,” Garbin said.

“The contributions came from the own pockets of congressmen who are close to Rodel and wanted a fast resolution of the case,” he said.

It was earlier reported that two of the key witnesses against former Daraga Mayor Carlwyn Baldo, the alleged mastermind in the killing of Batocabe, recanted their testimonies due to their alleged failure to receive the reward money they were promised.

Batocabe and his police escort were gunned down during a Christmas gift-giving event to senior citizens in Barangay Burgos, Daraga on December 22 last year.

Baldo, who was detained last May 10, is currently out on bail after the court granted his petition for bail and paid an P8.72-million surety bond composed of land titles.

He has denied the accusation, saying he was made a “convenient scapegoat.”