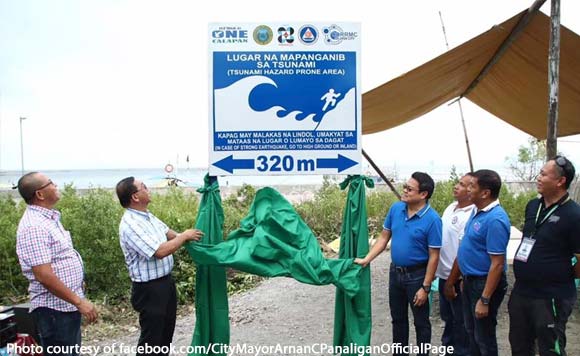 Panaligan waa joined by Undersecretary Renato Solidum of the Department of Science and Technology and Officer in Charge of the Philippine Institute of Volcanology and Seismology (Phivolcs).

“The barangay was one of the areas hit by tsunami during the Nov. 15, 1994 Magnitude 7.1 earthquake that hit Oriental Mindoro,” the Mayor’s office said.

The graduation ceremony was held at the Benedictine Monastery in Bgy. Salong, Calapan City.

“The Deputy Director of the Philippine Drug Enforcement Agency, retired Brig. Gen. Ricardo Santiago, was the keynote speaker at the graduation ceremonies,” said the Mayor’s office.