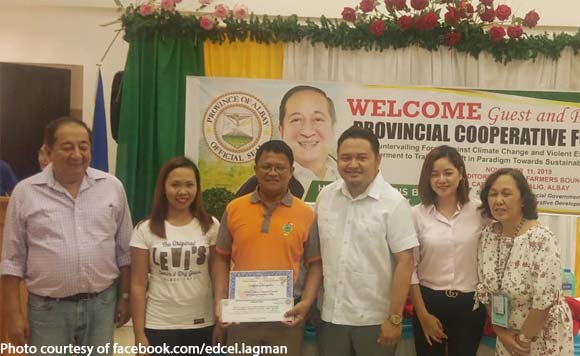 Albay Vice Governor Edcel Grex Lagman spoke before the officials and members of registered cooperatives in the province during a forum.

It was sponsored by the Provincial Cooperative and Enterprise Development Office.

“History is replete with examples how cooperatives can save economies. An example is the cooperative movement in Spain (Mondragon in the Basque region), in the backdrop of extreme political unrest (the Spanish Civil War), was one of the reasons its economy did not collapse,” Lagman said

“I still believe that cooperatives are viable business and social enterprise models that can bolster local economies,” he added.

The Vice Governor said that leaders of Albay led by Governor Bichara share this belief so much so that the PGA will “build a Cooperative Center inside the country’s first one-stop Agricultural Complex (Albay Farmer’s Bounty Village).”

“It will ensure that agricultural cooperatives will thrive.”