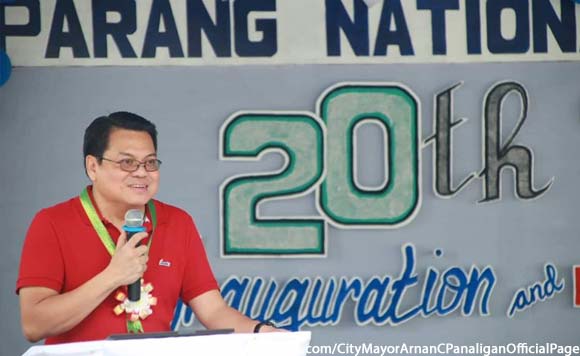 Mayor Panaligan established the said high school in 1999 during the earlier part of his mayoral term.

“A total of five public high schools was opened by Mayor Panaligan at that time located in strategic rural barangays in order to broaden the access of the youth to education,” the mayor’s office said.

“The said high schools are now well established and their students have excelled in various academic and sports competitions,” it added.

Mayor Panaligan also inaugurated a covered court that was constructed by the City Government for the high school during the same event.

Meanwhile, Panaligan also met with Mervin Guarte, of Calapan City and Bongabong, Oriental Mindoro, who will compete in obstacle course in the upcoming Southeast Asian Games.