Sheer abandonment of farmers: Salceda slams DA for holding back on rice duties 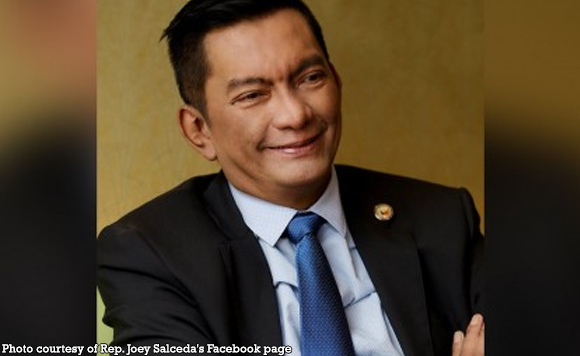 LEGAZPI CITY — Albay 2nd District Rep. Joey Salceda said the government has practically abandoned farmers with its decision to delay the raising of tariff barriers against the influx of rice imports.

“The failure to break down rice cartels and the suspension of the implementation of safeguard duties on rice imports by (DA) is sheer abandonment of the plight (of) hundreds of local farmers,” said Salceda.

Salceda was reacting to a DA move to defer the implementation of safeguard duties on rice imports even as prices of palay sank to an eight-year low.

The implementation of additional tariffs on rice importation would generate additional revenue to fund programs to uplift the livelihood of farmers and at the same time discourage rice importers from manipulating the prices of imported rice flooding the local market, he said.

The measure would make it more expensive for rice traders to import rice, Salceda said.

He also said DA must break the operation of rice cartels across the nation as they create a monopoly operated by traders who are also accredited grain importers.

Salceda said the DA should carry out a hard measure by reimbursing local farmers the losses they incurred due to the government rice importation program that has affected the farm gate prices of palay.

“The government should have used the P15 billion contingency fund of the President in giving farmers farm subsidies and reimbursement of farm losses. This way, it would help farmers in their recovery of what they lost,” he said.

Salceda, an economist, said the deferment of the safeguard duties on rice imports would only give traders dressed as importers to manipulate the prices of rice in the markets, defeating the objective of the program to bring cheap imported grain, thus bringing down the prices of commercial rice.

“Since retail prices of rice have fallen only by 6 percent, why should palay fall by 20 percent?” he asked.

According to the Albay solon, another plan would be to impose “economic tokhang” against rice traders who manipulate the prices of palay by imposing price caps, to the detriment of the farmers.

Rice traders are taking advantage of the situation because they believe the farmers have a very low bargaining position, he said.

The government should break this kind of trading practices so as not to be called “coddlers of rice cartels,” he said.

Congress has requested the Anti-Money Laundering Agency (AMLA) and the National Bureau of Investigation (NBI) to investigate and look into rice traders suspected to be engaged in rice cartel operation.