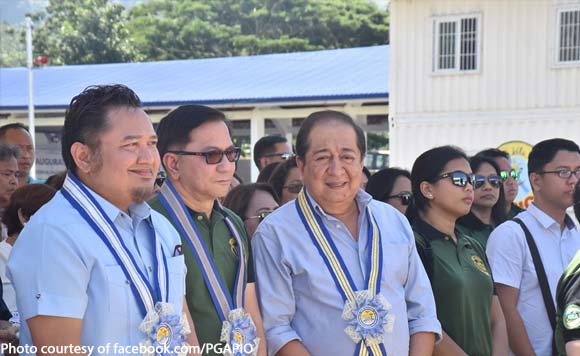 Drug users in Albay could get a new lease on life, now that it has opened its one-hectare Albay Provincial Drug Rehabilitation and Treatment Center.

Albay Gov. AL Francis Bichara inaugurated the center recently, according to a post on his Facebook page.

The center has complete facilities to treat the drug users. It could accommodate 80 patients at any one time.

Philippine Drug Enforcement Agency chief Aaron Aquino and Asec. Walter Besas of the Dangerous Drugs Board were on hand for the inauguration, along with local chief executives from the province.

After opening the rehabilitation center, Bichara also led a tree planting activity in its premises.

May the new center give its patients a new lease on life!

TULA-TULA, LIGAO CITY – Today marks the inauguration of the newly constructed Albay Provincial Drug Rehabilitation and Treatment Center, dubbed as the first rehabilitation center having complete facilities in Albay, under the Bichara governance.

The one-hectare rehabilitation center, which groundbreaking ceremony was held last February 18 of the same year, is set to be one of the structural developments and community-based projects of Gov. Al Francis C. Bichara for the welfare of the youth.

The new facility is designed to accommodate 80 patients, equal to 50 boys and 30 girls, anytime.

Present during the inauguration were Asec. Walter P. Besas of Dangerous Drug Board (DDB) and Director General Aaron Aquino of Philippine Drug Enforcement Agency (PDEA) Region V, who is very much thankful to the Provincial Government of Albay for having its first rehab center which will provide great help to reform and help the community.

Different local chiefs from all over the Albay province also joined the ceremony in great support to the plans and projects worked out by the Provincial Government of Albay under the dynamic leadership of Gov. Al Francis Bichara.

After the inauguration, Governor Bichara lead the Tree Planting activity held inside the premises of the rehab center with all other invited guests,” Bichara’s Facebook page posted.