Love is in the air! Mayor Legacion acts on wedding concern during People’s Day 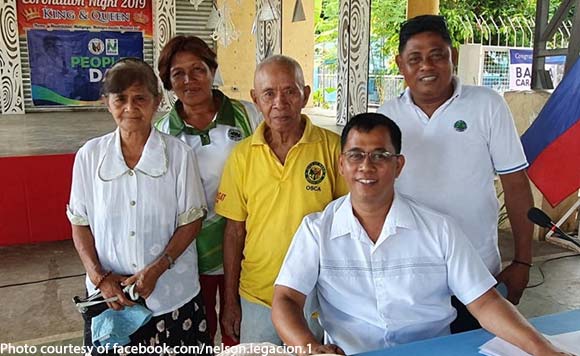 0 1,077
Share
Want more POLITIKO News? Get the latest newsfeed here. We publish dozens and dozens of politics-only news stories every hour. Click here to get to know more about your politiko - from trivial to crucial. it's our commitment to tell their stories. We follow your favorite POLITIKO like they are rockstars. If you are the politiko, always remember, your side is always our story. Read more. Find out more. Get the latest news here before it spreads on social media. Follow and bookmark this link. https://goo.gl/SvY8Kr

Love is in the air during the latest People’s Day in Naga City.

Mayor Nelson Legacion shared that during the People’s Day last Friday, an 85-year-old sought his assistance to get marry.

“So I referred him to Dolores delos Reyes, LCR head, who immediately attended to the two so that they can be married soonest,” added the mayor.

“Indeed, our People’s Day initiative attends to and responds promptly to people’s concerns even on matters of the heart!”

The mayor holds People’s Day in various barangays in the city to promptly respond to the concerns of his constituents.