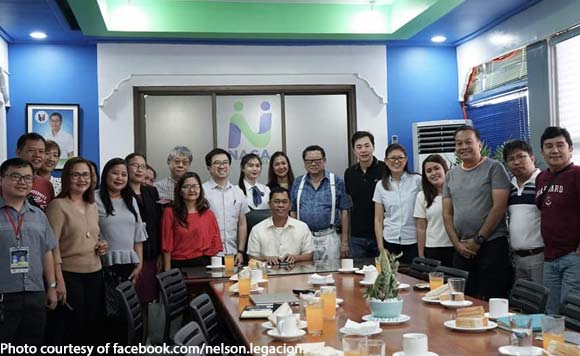 0 456
Share
Want more POLITIKO News? Get the latest newsfeed here. We publish dozens and dozens of politics-only news stories every hour. Click here to get to know more about your politiko - from trivial to crucial. it's our commitment to tell their stories. We follow your favorite POLITIKO like they are rockstars. If you are the politiko, always remember, your side is always our story. Read more. Find out more. Get the latest news here before it spreads on social media. Follow and bookmark this link. https://goo.gl/SvY8Kr

“My 100th day as Mayor of Naga was, like the previous days, spent well by attending to so many works and events including the consultation meeting with known hotel and restaurant owners,” Legacion said.

“Happy to see from their faces the excitement for the various projects I presented, such as the Park and Recreation Center, Mt. Isarog Eco-Resort and Convention Center,” said the Mayor.

“Also noticed the same eager enthusiasm and interest on the part of the officers and members of MNCCI who I talked to last Sunday” he added.

Legacion also sought the support of Nagueños as he continue to serve and fulfill his mandate.

“Hope I have your continuing support too guys, for Naga!”