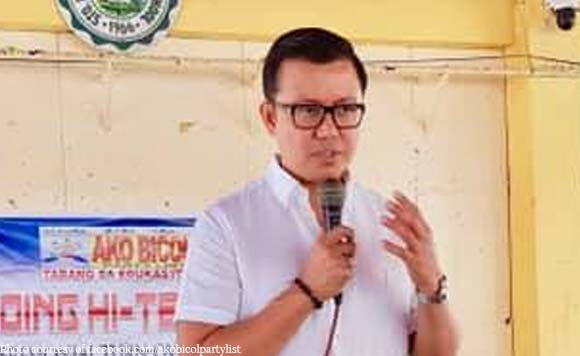 Ako Bicol party-list Rep. Alfredo Garbin on Monday said the Philippine Military Academy doctors under investigation for the hazing death of Darwin Dormitorio should have their medical license suspended in the meantime.

“I appeal to the Professional Regulation Commission, hoping the proper steps can be taken, to suspend the license to practice of the doctors under investigation for the hazing, torture, and death of PMA cadet Darwin Dormitorio,” said Garbin, one of the principal authors of the Anti-Hazing Law of 2018.

The solon said “the academy doctors were the last lifeline of Darwin” but they “failed to save him and stop any harm to his tortured body and mind.”

“Let their peers in the medical profession weigh the facts and circumstances,” Garbin said.

“Those doctors have a whole array of administrative, professional, civil, and criminal liabilities for their acts of commission, omission, and lack of moral fiber,” the lawyer-solon said.

Baguio City Police investigators said that two doctors, Captain Flor Apple Apostol and Major Ofelia Beloy who attended to Dormitorio at the PMA Station Hospital, could be charged with criminal negligence for their alleged wrong diagnosis on the victim.

Garbin recently filed House Resolution 368 asking the House of Representatives “to direct the appropriate committee to conduct an investigation, in aid of legislation, on the death of Philippine Military Academy Cadet Darwin Dormitorio.”