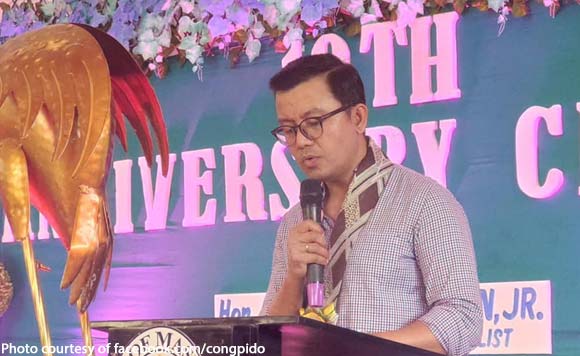 Garbin was the guest speaker at the 19th Cityhood Anniversary of Masbate City.

In a Facebook post, he said being invited to the event to mark another year for the thriving city was extraordinary.

The event was a testament to dedication to public service and development efforts to help the local economy, he said.

He was also happy to witness the celebration of different stakeholders who are devoted to the city they live in.

He vowed to give them his full support.

“Grateful to be invited as the guest speaker during the 19th Cityhood Anniversary of Masbate City.

To say that celebrating milestone achievements of a thriving city is an extraordinary feeling is an understatement as it is more of a testament of unceasing dedication to achieve excellence in public service and lead development efforts that will boost local economy.

The gathering was participated in by local executive officials, private stakeholders, and people from all walks of life – celebrating as one community.

Thank you for making me a part of this momentous event, and I can only promise that my support in all your future endeavors will remain.