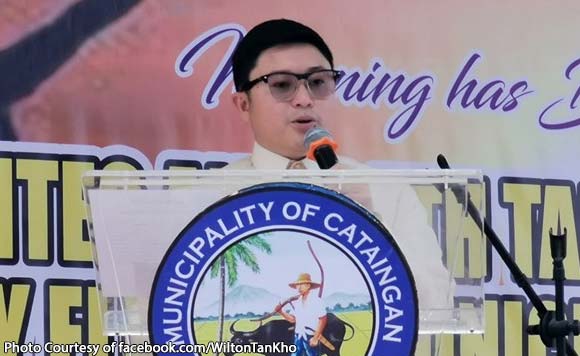 0 338
Share
Want more POLITIKO News? Get the latest newsfeed here. We publish dozens and dozens of politics-only news stories every hour. Click here to get to know more about your politiko - from trivial to crucial. it's our commitment to tell their stories. We follow your favorite POLITIKO like they are rockstars. If you are the politiko, always remember, your side is always our story. Read more. Find out more. Get the latest news here before it spreads on social media. Follow and bookmark this link. https://goo.gl/SvY8Kr

Kho highlighted the importance of streamlining the services needed by the OFW’s into one department.

“Through this initiative, the Department of OFW will virtually become a one-stop-shop for all the needs and concerns of all our fellow kababayans working abroad,” the Masbate solon said.

The Joint Committee on Government Reorganization and Overseas Workers Affairs continued the deliberation on the proposed measures creating the Department of OFW.

Kho interpellated about the measure of what is the difference between an “Attached” and an “absorbed” agency.

“In view of the urgency of the proposed measure, this representation manifested its intention in becoming a member of the technical working group which will be headed by Reps. Joey Sarte Salceda and Ron Salo for the Committee on Reorg and Reps Mendoza and Enrico Pineda for the Committee on Overseas Workers Affairs,” Kho said.