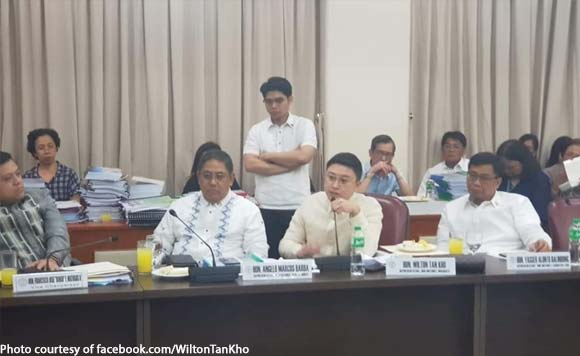 Kho raised the concern of the DEBESMU during the Pre Plenary conference of the Committee on Appropriations in connection with General Appropriations Bill with the heads and officials from the Commission on Higher Education (CHED) and presidents of State Universities and Colleges (SUC).

Kho said that he raised a “major concern” with the to CHED, in behalf of the SUC officials of DEBESMU regarding the lack of school buildings and teaching personnel.

“Having said that, I humbly appealed to CHED officials and the members of the appropriation committee to reconsider allocating more budget to DEBESMSU for school building and permanent items for DEBESMSU Cawayan Campus Professors,” he said.

Kho also did not miss the chance to also raise the “complaints from our scholarship grantees under the K-12 transition program.”

“[D]uring the conference with CHED and SUC presidents, in an attempt to look for an answer from the agency itself, I raised some concerns to CHED Chairperson J. Prospero De Vera III regarding the several months delay of the release of allowances of our K12 scholars. Best believe that they are doing everything they can to keep up with the demands of the students. Requiring patience from you guys,” he said.

The Masbate solon reiterated that one of his main priorities is to maximize resources “in order for us to provide the best quality education to our fellow Masbatenyos that’s why we are investing huge amount not just financially but also our time and effort.”

“Our goal is to make our Masbate State Universities the best educational institution in the entire province.”