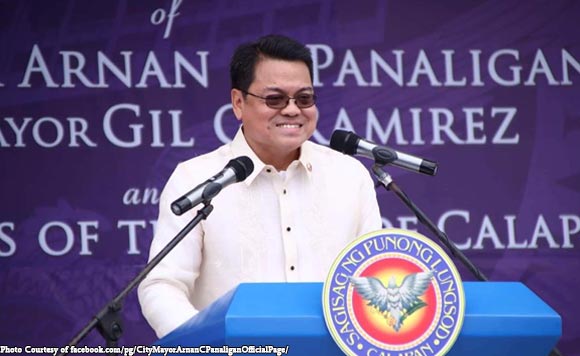 Also in attendance during the event were other ranking officials of the city such as Vice Mayor Gil Ramirez and City Councilors Mylene de Jesus and Charles Pansoy.

“The tournament was organized by the City Youth and Sports Development Department headed by Mr. Marvin Panahon,” Panaligan’s office said.

“Aside from participants from Calapan City, teams coming from other towns of Oriental Mindoro, Occidental Mindoro, Batangas and Romblon competed in the event,” it added.

“The activity was held at Bgy. Baruyan, one of the barangays within the jurisdiction of Padre Pio Mission Area,” the mayors office said.

“The main agenda was the preparation for the Nationwide Simultaneous Earthquake and Tsunami Drill with Calapan City as the main venue on November 14, 2019,” Panaligan’s office said.

This event will also commemorate the 25th anniversary of the Magnitude 7.1 Mindoro Earthquake that struck at the early morning of November 15, 1994,” it added.

Do not disturb: Mayor Rosal bans daytime karaoke sessions in…

Sorsogon Gov. Escudero pays tribute to teachers for their…