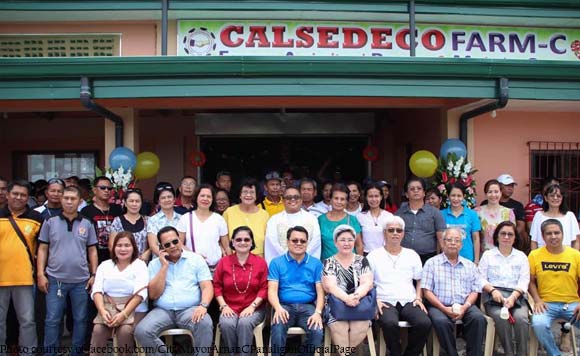 “Calsedeco is one of the biggest and pioneering cooperatives in Calapan City that originally started as an arrastre service provider in Calapan Port 45 years ago,” Panaligan said

“The chairman of the board of Calsedeco is Mr. Denis Gasic while the general manager is Ms. Sonia Satur,” he added.

“The tractor was given by the Department of Agriculture represented by Agriculture Programs Coordinating Officer, Ms. Collete Quindong,” the Mayor’s office said.

City Agriculturist Lorelein Sevilla was also present during the turn over ceremony.

“Farm mechanization is one of the component projects of AKAP or Angat Kabuhayan sa Agrikultura Program, the flagship program of the City Government of Calapan in agricultural production,” said the Mayor’s office.

“Mayor Panaligan said that farm mechanization is one of the interventions that can make farmers more productive and competitive in the light of the liberalization of rice importation under Republic Act 11023,” it added.