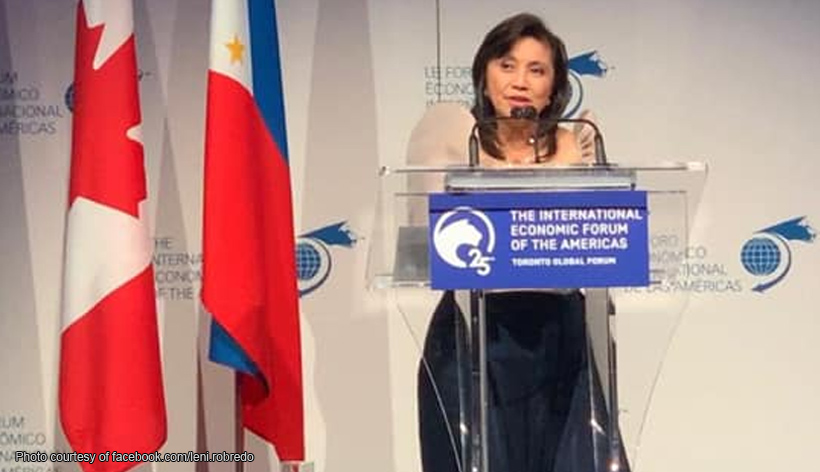 Vice President Leni Robredo’s trip to the United States and Canada hardly left her time to see the sights.

Robredo’s trip was for official engagements.

In a Facebook post, she said she joined the International Economic Forum in Toronto with some 3,000 political and business leaders from all over the world.

It was followed by a trip to Los Angeles for an event with University of the Philippines alumni, and then she will return to Manila soon after.

Her Toronto visit was less than 48 hours, while her trip to LA will only be for a day.

“International Economic Forum in Toronto yesterday participated in by more than 3000 political and business leaders from all over the world.

Flying to LA later today for the UP Alumni event and flying back to Manila right after. Will be in LA only for a day, Toronto for less than 48 hours,” she posted.