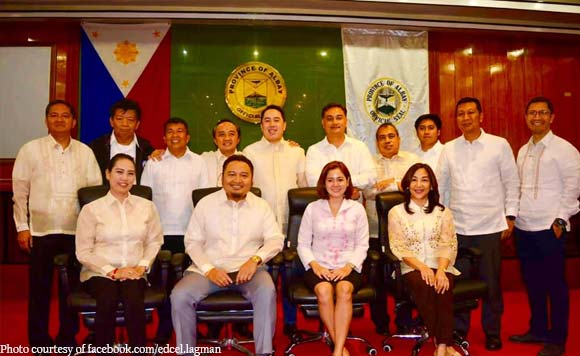 0 675
Share
Want more POLITIKO News? Get the latest newsfeed here. We publish dozens and dozens of politics-only news stories every hour. Click here to get to know more about your politiko - from trivial to crucial. it's our commitment to tell their stories. We follow your favorite POLITIKO like they are rockstars. If you are the politiko, always remember, your side is always our story. Read more. Find out more. Get the latest news here before it spreads on social media. Follow and bookmark this link. https://goo.gl/SvY8Kr

The Albay provincial council has broken ground when it decided to create the Committee on Human Rights, according to Vice Gov. Grex Lagman.

Lagman, in a Facebook post, said Albay was only the second local government unit to comply with the joint memorandum circular of the Commission on Human Rights and Department of Interior and Local Government on this matter.

He said this new committee would help localizing national landmark human rights legislation through the passage of ordinances.

This would ensure that human rights laws will be implemented down at the grassroots level.

Lagman also said the council amended the wordings of its rules to make these gender-neutral.

The SPA also created the Committee on Science and Technology. Finally, we amended the wordings and phrases of the IRP in order to make the same gender-neutral. Thanks, team! 💪🏼

Albay is helping blaze a trail with these moves!

“The 9th Regular Session yesterday was quite groudbreaking. The Sangguniang Panlalawigan of Albay (SPA) has amended its Internal Rules of Procedure (IRP) to create the Committee on Human Rights. We’re only the second LGU in Albay to comply with the Joint Memorandum Circular of the CHR and the DILG. Said committee will be at the forefront in helping foster an environment and culture that will be conducive to localizing, through provincial ordinances, national landmark legislations on human rights. Larah Lagman Ramirez, Karina Farah Lagman, Celia and Richie Supan. Also, the 720 barangay captains and officials of the province will be accorded seminars on human rights protection even as we expect a dramatic decrease in the number of complaints that are filed against them (invariably for lack of knowedge of existing HR laws) by the CHR and/or the DOJ regional offices. Sheina, Candice.

The SPA also created the Committee on Science and Technology. Finally, we amended the wordings and phrases of the IRP in order to make the same gender-neutral. Thanks, team! 💪🏼💪🏼💪🏼,” Grex posted.