Naga City Mayor Legacion gets invite to speak in Nepal 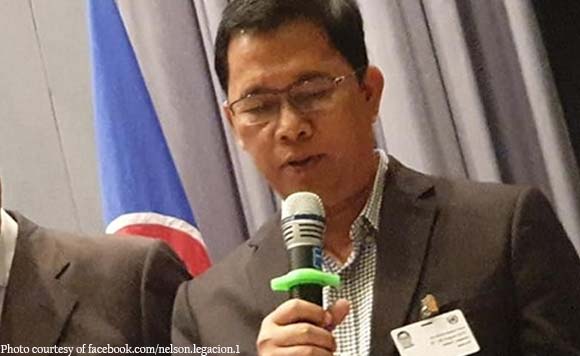 Just right after his first speaking engagement outside the country, Naga City Mayor received another invite to speak in Nepal.

Legacion attended the 5th ASEAN Mayors’ Forum 2019 in Thailand where he discussed among others Naga’s progress on SDG localization and how the same help in accelerating progress.

After his stint in Thailand, Legacion said that he was surprised to received another invite in Nepal.

“Was invited to join the Asia-Pacific Mayors Academy but what surprised me after the closing program of the 5th ASEAN MAYORS Forum in Thailand is the invitation extended by Dr. Bernadia Irawati Tjandradewi, Secretary General, UCLG ASPAC for me to speak in Katmandu, Nepal during the EU Policy Forum on Devevelopment (PFD) Asia Regional Meeting on Sept 24-26! To GO or NOT to GO?” Legacion said.

Meanwhile, Legacion shared that he was able to engage with a mayor from Singapore during the Mayors’ forum.

“Another speaker in the 5th ASEAN MAYORS Forum is Mayor Desmond Choo of North East District, Singapore, who was seated beside me in the plenary and shared his insights,” said Legacion.