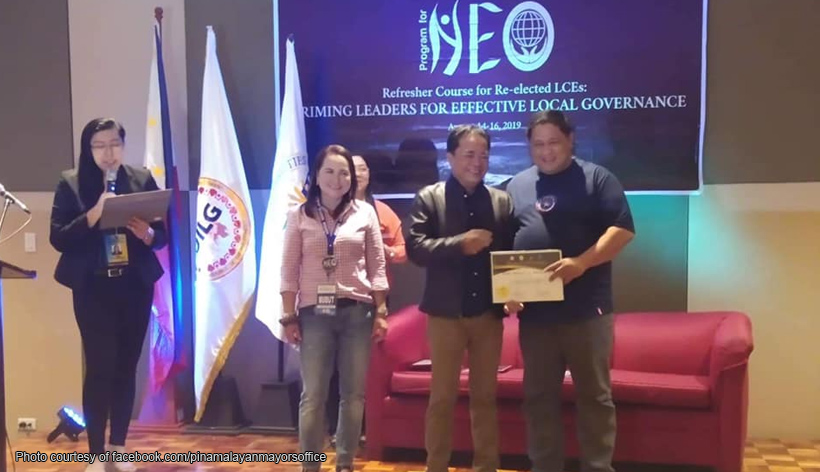 0 387
Share
Want more POLITIKO News? Get the latest newsfeed here. We publish dozens and dozens of politics-only news stories every hour. Click here to get to know more about your politiko - from trivial to crucial. it's our commitment to tell their stories. We follow your favorite POLITIKO like they are rockstars. If you are the politiko, always remember, your side is always our story. Read more. Find out more. Get the latest news here before it spreads on social media. Follow and bookmark this link. https://goo.gl/SvY8Kr

Pinamalayan Mayor Aristeo Baldos Jr. may not be a neophyte politician, but this does not mean he has to stop honing his skills.

A post on the mayor’s Facebook page said that Baldos would not settle for mediocre and continued learning new skills to improve the kind of public service he delivers.

He recently joined a three-day refresher course for local chief executives sponsored by the Department of Interior and Local Government.

After this, maybe Pinamalayan’s residents can expect fresh programs and projects from the mayor as well!