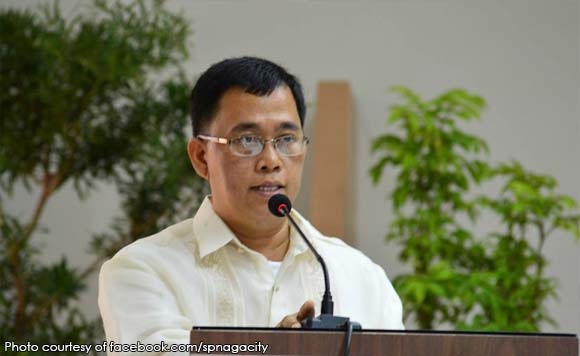 0 1,122
Share
Want more POLITIKO News? Get the latest newsfeed here. We publish dozens and dozens of politics-only news stories every hour. Click here to get to know more about your politiko - from trivial to crucial. it's our commitment to tell their stories. We follow your favorite POLITIKO like they are rockstars. If you are the politiko, always remember, your side is always our story. Read more. Find out more. Get the latest news here before it spreads on social media. Follow and bookmark this link. https://goo.gl/SvY8Kr

Mayor Nelson Legacion has started complying with the order of President Rodrigo Duterte to clear illegal structures that obstruct the right of way.

Mayor Legacion convened yesterday the members of the Road Clearing Task Force to identify areas within the city that need road clearing of illegal structures and construction’.

“Through Executive Order No. 2019-035, the City complies with both the DILG and President Duterte’s directive to clear all roads of all sorts of obstruction, within sixty (60) days,” the city government said.

“To address concerns of offices, business vendors and business owners, among others, who will be affected with the sidewalk clearing operations, the Task Force will have a meeting with them this coming Friday, August 9, at the PSO Training Hall,” it added.

Meanwhile, Mayor Legacion has brought public service closer to people anew with the second run of the People’s Day yesterday.

“Clients had the opportunity to lay their requests and other assistance needs directly to the heads of offices who are having their office, together with Mayor Son, at the Naga City People’s Hall for the day,” said the City government.

“The program, which runs every 1st and 3rd Monday of the month, is LGU-Naga’s effort to bring government service closer and more accessible to the people,” it added.