100 displaced hospital workers in Bicol to receive over P10M pay 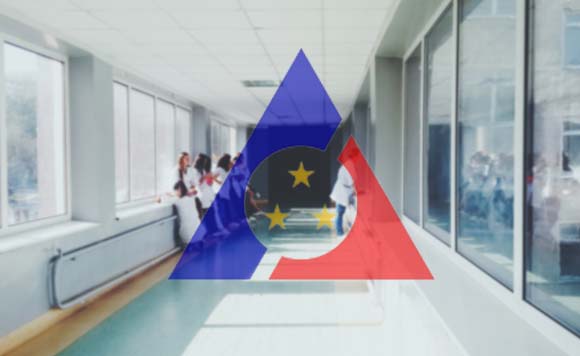 0 879
Share
Want more POLITIKO News? Get the latest newsfeed here. We publish dozens and dozens of politics-only news stories every hour. Click here to get to know more about your politiko - from trivial to crucial. it's our commitment to tell their stories. We follow your favorite POLITIKO like they are rockstars. If you are the politiko, always remember, your side is always our story. Read more. Find out more. Get the latest news here before it spreads on social media. Follow and bookmark this link. https://goo.gl/SvY8Kr

LEGAZPI CITY–At least 100 workers displaced by a hospital that closed shop in 2017 are set to receive the remaining payments of their back wages and separation pay amounting to more than PHP10.9-million, through the mediation of the Department of Labor and Employment (DOLE) in Bicol Region.

The workers lost their jobs when privately-owned Sto. Niño Hospital in Daet, Camarines Norte closed on September 3, 2017 due to financial losses.

DOLE-Bicol director lawyer Alvin Villamor, in an interview on Wednesday, said their office decided to mediate after the displaced workers sought their assistance in getting their separation benefits.

Villamor said DOLE-Bicol had activated its quick-response team (QRT) to evaluate the hospital’s compliance with labor laws to protect the workers’ right to benefits once displaced from their jobs.

DOLE-Bicol spokesperson Johana Vi Gasga explained that under the settlement agreement, Sto. Niño hospital was required to pay its affected workers back wages and separation pay in five tranches.

The hospital issued post-dated checks for the remaining tranches dated December 13, 2019 and June 13, 2020, she added.

Edina Zamudio, who had been with the hospital since it started operation, received the highest claim amounting to PHP467,548.

“I am thankful to DOLE for facilitating the settlement. We had been given what was due us in return for our loyalty and service to the company for a very long time,” Zamudio said.

Meanwhile, lawyer Joan Noya-Nidua said the settlement is an instance, in which the balancing of the workers’ rights and the management’s cause are taken into consideration.

“With such huge amount involved, extracting its fulfillment in the shortest time possible is a challenge the Office has hurdled to ensure that the workers’ rightful claims will be given to them,” Nidua said.

“This is a collaborative effort – not only of the office. We commend the herein employer for assuming obligation and not abandoning the workers who have served them all through good and bad times,” Villamor said. (PNA)