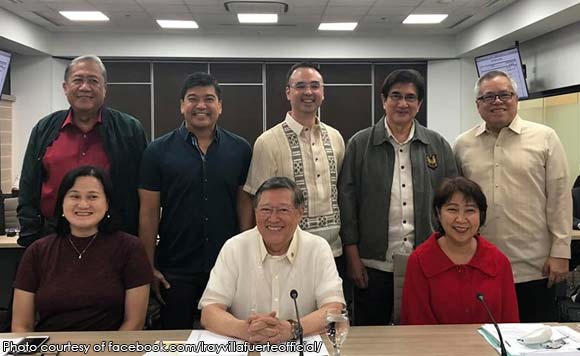 Present during the meeting were Cabinet members of the Duterte administration, headed by Finance Secretary Sonny Dominguez.

“Working towards inclusive growth in our country and achieving upper income status for our people,” said the solon.

“Great news! Mga request namin ni Gov Migz Villafuerte were all granted ! We will fastrrack the construction of the Pili airport and we will have an iconic architectural design for the Terminal Building, domestic airport but international standard,” said the solon.

“We will also construct in Pili an Intermodal Transport exchange terminal like PTEX in Paranaque , an world class transport terminal that will link to the Bicol PNR central station also to be located at the Provincial Capitol complex,” he added.