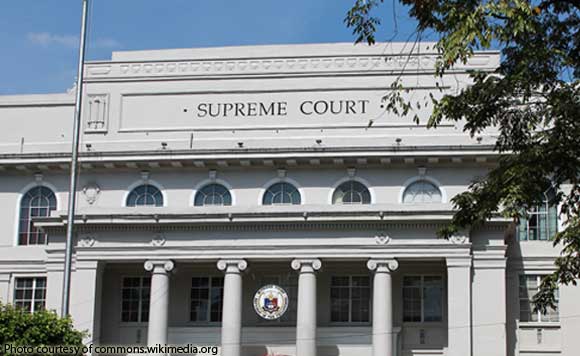 Former Libmanan, Camarines Sur councilor Ariel Orino has been suspended by the Supreme Court (SC) from the practice of law for one year for having neglected his clients in a legal case.

“Indeed, lawyers are duty bound to attend to their client’s cause with diligence, care and devotion, whether they accept it for a fee or for free, so much so that a lawyer’s neglect of a legal matter entrusted to him constitutes inexcusable negligence for which he must be held administratively liable,” read the SC’s resolution.

With this, the high court slapped him with a one year suspension for violating Rule 18.03 of Canon 18 of the Code of Professional Responsibility (CPR).

The SC noted that the complainants who were represented by Orino lost in the civil case before the Municipal Circuit Trial Court (MCTC) of Libmanan-Cabusao, Camarines Sur due to his failure to attend the hearing and submit a position paper and memorandum.

The high tribunal noted that Orino was already paid P20,000 as acceptance fee, P1,500 as appearance fee as well as live chickens and root crops.

Orino argued he had intended to formally withdraw as counsel but failed to do so due to his hectic schedule during the 2010 elections.

“He attributed his shortcoming as a lawyer to his being a politician. The Court finds such reason unacceptable, if not a display of insolence and arrogance,” the SC stressed.