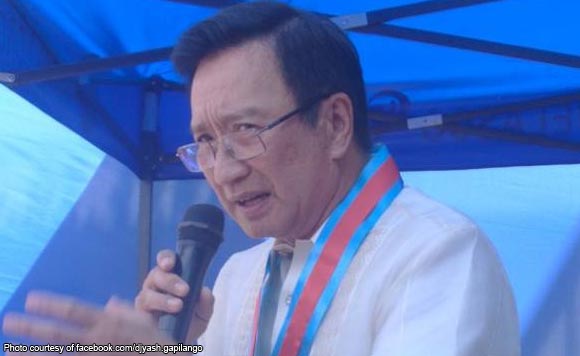 The Commission on Audit (COA) cited 91 contracts awarded by the provincial government of Marinduque with aggregate amounts of P131.98 million, P146,92 million and P39.35 million for failing to pass post-qualification requirements resulting in massive delays in the completion of 18 infrastructure projects.

These post-qualification requirements are stated under Section 34.3 (b), Rule X of the Revised Implementing Regulations of RA No. 9184, also known as the Government Procurement Reform Act.

Section 34.3 (b), Rule X requires that there must be a verification of the bidder’s stated competence and experience, as well as of those key personnel to be assigned to the project.

Annex E, Section 8.1 adds to this point, providing that failures by the contractor to satisfactorily complete the work within the specified contract time will subject him to liquidated damages.

In the case of Marinduque, state auditors discovered that the aforementioned 91 contacts, majority of which were awarded to GTJ Construction, DQT Builders Corporation and Jeff Enterprises, showed “overlapped implementation period” which means that key personnel from each company would have to work several projects at once.

“While there is no categorical prohibition on the awarding of multiple contracts to a single contractor, the awarding of the 43 projects to GTJ Construction, 19 projects to DQT Builders Corporation and 17 projects to Jeff Enterprises has violated the post-qualification requirements mandated under Section 34.3 (b), Rule X of the Revised IRR of RA No. 9184 particularly those that pertains to competence of key personnel of every contractor,” COA said.

This requirement, according to COA, was established to ensure that “government projects are implemented as planned” and not affected by the contractors’ simultaneous deployment of their key personnel to two or more projects.

According to the companies’ Key Personnel Certificate of Employment, they guaranteed that their project managers, project engineers, materials engineers, safety officers and general foremen will have to stay in the job site all the time, and that they are authorized to handle only one project at a time – a clear contradiction from the great number of contracts undertaken.

All of which resulted in delays as long as 300 days in the completion of infrastructure projects which caused the provincial government “to incur additional expenses and penalties.” It also deprived the public of the timely use of the facilities “especially those pertaining to water system, hospital building and the building for inmates with infectious diseases.”

The commission recommended that the provincial government’s Bids and Awards Committee to explain the lack of strictness in the evaluation of the aforementioned technical documents, as well as the imposition of sanctions by Marinduque Governor Presbitero Velasco Jr. against the contractors who violated their contracts.

Governor Presbiteo Velasco Jr. is the father of Marinduque Representative Lord Allan Velasco who is set to inherit the House Speaker position under the term-sharing deal with current speaker Alan Peter Cayetano.