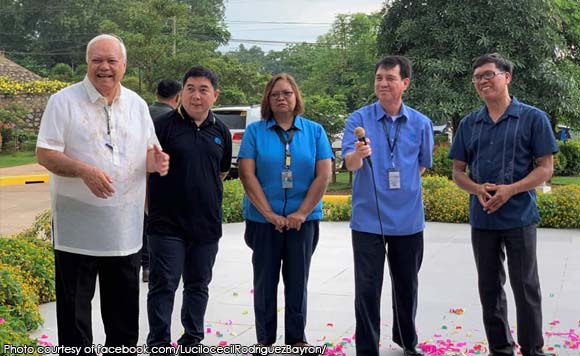 Puerto Princesa Mayor Lucilo Bayron is on his way to making his city much healthier.

Bayron’s efforts, together with the City Health Office, have won them awards from the Department of Health.

Puerto Princesa bagged the gold medal for being the top performer in TB Testing in the Philippines Asia Pacific Regional Conference 2019.

It also received a certificate of recognition for its exceptional accomplishment in connection with the Measles Outbreak Response Immunization Campaign in Achieving 130% Measles Coverage.

Bayron received the awards in a recent flag raising event at the city.

With programs like this, Puerto Princesa residents would be better equipped to fight diseases.

Huli- Certificate of Recognition to the City of Puerto Princesa for the EXCEPTIONAL accomplishment during the Measles Outbreak Response Immunization Campaign in Achieving 130% Measles Coverage. Awarded in behalf of, and in gratitude from Department of Health Center for Health Development of MiMaRoPa (signed by Mario S. Baquilod, MD, MPH, CESO IV- OIC-Dir.IV)