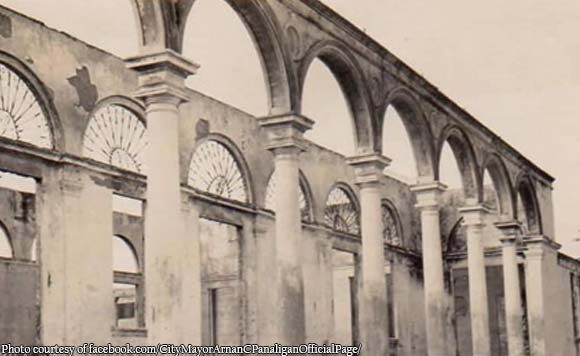 Only a few know how the original main building of the Oriental Mindoro High School looked after World War II.

The building played a role in history because Japanese soldiers used it as a garrison and prison, and was destroyed when the American soldiers came and liberated Calapan.

But now people could see how it looked because the office of Calapan Mayor Arnan Panaligan has shared on its Facebook page a rare historic photo of the place.

The office said the US government rebuilt the building to its original condition afterward, and it remains one of the few remaining American colonial era heritage structures in Calapan City.

Thanks to the mayor’s collection, Calapan residents can get a peek at history!

“Very rare historical photo – the original main building of Oriental Mindoro High School as it looked after the Second World War. The building was occupied by Japanese soldiers during the war and used as a garrison and prison. It was destroyed during the liberation of Calapan when American troops returned. It was later rebuilt and restored to its original condition by the US Government. This building is one of the few remaining American colonial era heritage structures still surviving in Calapan City. – photo from Mayor Arnan C. Panaligan Historical Collection,” the Facebook page of the mayor’s office posted.