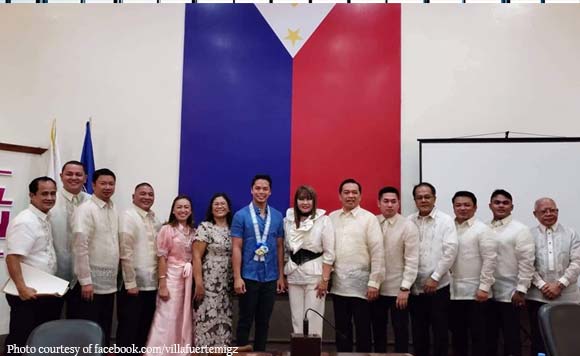 0 789
Share
Want more POLITIKO News? Get the latest newsfeed here. We publish dozens and dozens of politics-only news stories every hour. Click here to get to know more about your politiko - from trivial to crucial. it's our commitment to tell their stories. We follow your favorite POLITIKO like they are rockstars. If you are the politiko, always remember, your side is always our story. Read more. Find out more. Get the latest news here before it spreads on social media. Follow and bookmark this link. https://goo.gl/SvY8Kr

The local executive chief also did not miss the chance to discuss his agenda with the members of the Sangguniang Panlalawigan.

“The SP, under the leadership of our newly-elected Vice Governor, Imelda Papin held their Inaugural Session last July 1 where we also discussed the Executive-Legislative Agenda in the coming years,” Villafuerte said.

“This Inaugural Session marks the beginning of a new partnership with the legislative branch of the provincial government and we took this opportunity to willfully call for peace and unity in the name of service to the People of Camarines Sur,” he added.

Villafuerte is serving his last and final term as governor. He beat CamSur Rep. Rolando Andaya, Jr., for the position last May elections.

Papin, meanwhile, is serving her first term as Vice Governor.