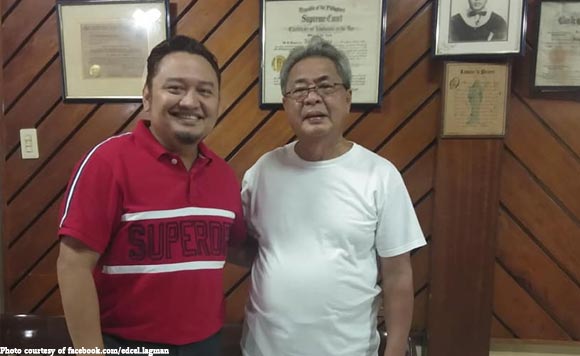 Lagman also paid a visit to Tabaco’s former Mayor and his uncle Alex A. Burce

“At the background are the framed Certificates of Admission to the Philippine Bar issued by the Supreme Court of Uncle Lex and my grandpa (Fiscal Abelardo B. Burce). There’s also unc’s law school graduation photo which will give one an idea how handsome he was–and still is. Haha,”he said.

“This house in Basud, Tabaco City is so full of wonderful memories. No childhood summer passed without mama and papa and all my six siblings spending at least a month here,” he said.

“Tabak Animated Festival. Cosplay-anime is the theme for this year’s installment of Tabaco City’s LGU Night,” he said.