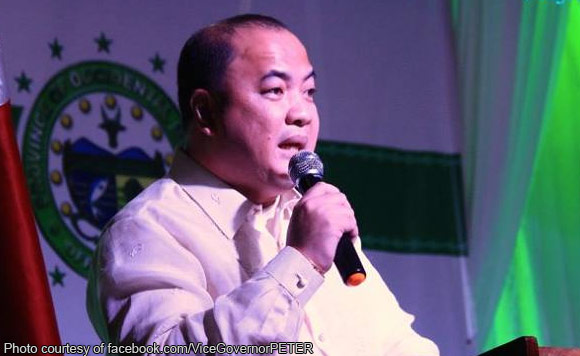 Occidental Mindoro Vice Governor Peter J. Alfaro and other key officials in the province have graced the Consultative Assembly of Mangyan Tribes in the entire province.

The assembly was conducted at Brgy. Malpalon, Calintaan last June 19, 2019.

Alfaro and Sangguniang Panlalawigan Ex-Officio Member Juanito Lumawig attended and assisted the conduct of the Assembly.

“The Assembly was initiated by Congresswoman Josephine Ramirez-Sato, which is an offshoot of the armed conflict that happened at Sitio Pusog, Barangay Ligaya, Sablayan on May 24, 2019,” the Sangguniang Panlalawigan said.

“The incident forced about 130 Mangyan evacuees to evacuate from their place of abode and was brought to an elementary school at So. Pusog, Barangay Ligaya,” it added.

According to the SP, also said that the objective of the assembly is to establish an “efficient system of communication” between and among their tribes and the concerned LGUs.

“This will make easier for them to bring into the attention of the local government units, as well as to the national government, their respective indigenous cultural communities’ situationer brought about by untoward catastrophic eventualities such as natural and man-made (armed conflict) calamities within their respective ancestral domain. Vice-Governor Alfaro recommended that this assembly should be conducted quarterly,” the province said.

Vice-Governor Alfaro, during the assembly, challenged them to come up with their comprehensive development plans and programs to be submitted to and be incorporated in the annual investment plans of concerned local government units.

“The Vice-Governor also suggested to the Assembly to conduct a thorough population census on their respective ancestral domains that is to be incorporated in their action plan. Tau-Buid Tribal Chieftain Fausto Noveloso, seeing the importance of the population census, expressed his approval of the suggestion,” said the SP.

Meawhile, upon the advice of Vice-Governor Alfaro, an action plan is now being prepared by the IP leaders.