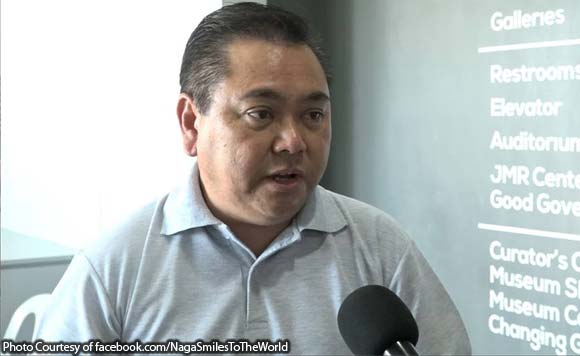 Outgoing Naga City Mayor John Bongat has expresses gratitude to the employees and officers of the Naga City Urban Poor Federation for giving him an “emotionally charged tribute.”

“Thank you for touching my life, and I’m happy to have been given the opportunity to have worked with you for 9 years in trying to fulfill our dreams for our families! Dios mabalos sa saindong pagpadangat!,” he added.

Bongat will relinquish his post on June 30 to Vice Mayor and now Mayor-elect Nelson Legacion.

Meanwhile, the mayor also thanked the Grow Negosyo Association for handing him a plaque of recognition “excellently etched on wood tablets by carvers from the Naga City District Jail, which is an active member institution of the city’s GROW Negosyo program spearheaded by MetroPESO.

“GROW stands for Growing Opportunities for Wealth, a livelihood-economic empowerment program we launched in 2010 during my first 6 months in office as Mayor, in collaboration with DTI, DOST and DOLE, to empower primarily small entrepreneurs and housewives in Naga who have ventured or want to venture in manufacturing and become productive and earn income,” said Bongat.

“From an initial 9 entreps in 2010, the group has grown to over a hundred now and counting. I’m happy to see the stories of success of these Nagueňos/ňas who really worked hard to see their dreams come true! Congratulations, and may your tribe increase,” he added.