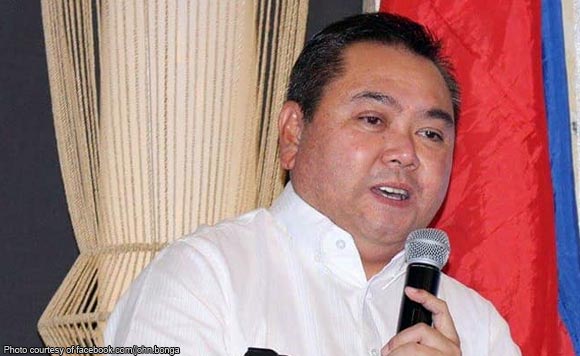 0 857
Share
Want more POLITIKO News? Get the latest newsfeed here. We publish dozens and dozens of politics-only news stories every hour. Click here to get to know more about your politiko - from trivial to crucial. it's our commitment to tell their stories. We follow your favorite POLITIKO like they are rockstars. If you are the politiko, always remember, your side is always our story. Read more. Find out more. Get the latest news here before it spreads on social media. Follow and bookmark this link. https://goo.gl/SvY8Kr

“A Flag Raising and Wreath-Laying Ceremony, followed by the Community Flower Offerings was held at the monument at the Plaza Quince Martires,” the city government said.

“As part of the celebration, Land Titles were distributed by the Housing Settlements and Development office (HSDO) to the urban poor benefiaciaries,” it added.

Present during the event were past City Youth Mayors of the City Youth Officials of Naga City, who were recognized for their service to the city as young public servants.

Mayor Bongat will step down as the city’s local chief executive on June 30 after serving three terms in office.