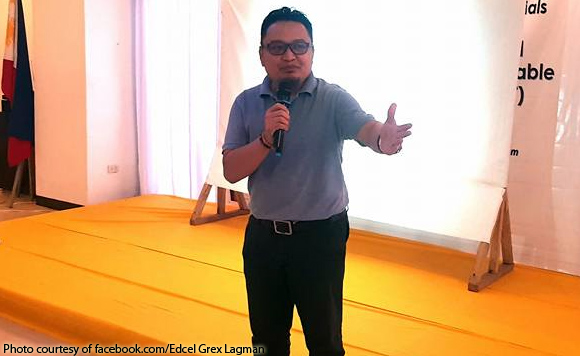 Albay Vice Governor-elect Edcel Grex Lagman said that Filipinos has the duty to honor the legacies of our forefathers who fought for the country’s freedom.

Lagman said that since we were colonized by for hundreds of years, Filipinos somehow forgot who we really are.

“We must accept the fact that we were a colonized people. That for 333 years the Spaniards, the Americans and the Japanese told us who we were. And because of this centuries-long oppression, we somehow forgot who we are as a people,” said Lagman.

“It is an ultimate blessing that our cradle of heroes sacrificed their very lives for us to remember who we are. They led us from darkness into the light in their struggle for independence,” he said.

“They made us realize how great we are as a people and how we are equal to all peoples from all nations around the world.”

The VG-elect said that this is the very reason why the people of today must pay respect to those who lost their lives in order to regain our freedom.

“This is why every Filipino born on or after June 12, 1946 has the obligation to continue the legacies of their forebears in genuine nation-building. As their children, we also have the duty to honor them by making sure that the next generations of Filipinos never forget who they truly are,” he said.

“While it is now relatively easier for Filipino millennials to escape to foreign lands, much is still expected from them to honor and call themselves Filipinos. And this can be fully realized if they carry on the struggle of Filipino heroes in the very country that their hearts and souls call Pilipinas,” he added.