Nothing but the best! Albay Vice Governor-elect Lagman vows to serve with fealty, execellence 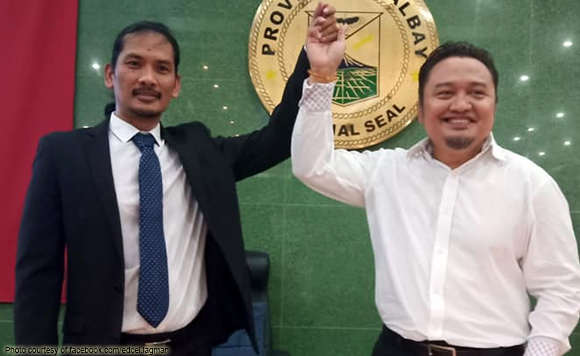 Lagman was the runningmate of Albay Governor Al Francis Bichara.

“Albay, I will serve you with distinction, fealty and excellence. You deserve no less,” he said.

Lagman and Bichara have been proclaimed winner by the Provincial Board of Canvassers of the COMELEC.

“God bless our beautiful province and its wonderful people. Again, thank you very much for your trust, confidence and the mandate to serve that you gave me,” Lagman said.

Lagman earlier expressed gratitude to the residents of fifteen municipalities and three cities Albay for the confidence and trust they reposed upon him.

“So humbled that I won in all its fifteen (15) municipalities and in two out of its three cities. Overwhelmed! Super grateful,” said Lagman.