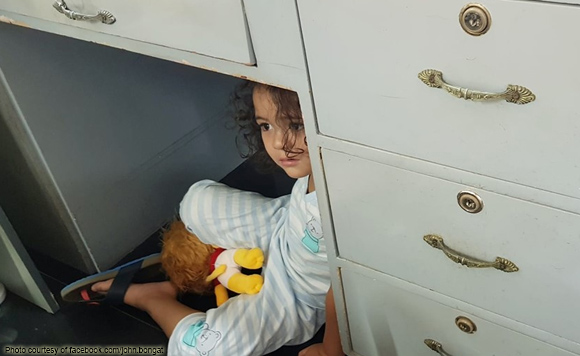 Outgoing Mayor Bongat said that his son Chanchan refused to leave the Mayor’s Office when he asked him to go home to take a bath.

“‘I DON’T WANT TO LEAVE the Mayor’s Office!,’ blurts Chanchan this morning while hiding under the table, when I told him that it’s time to go home because he has not yet taken a bath,” Bongat said.

“Without me knowing it, after breakfast he slipped inside the car in his pajamas, and off we sped to city hall to catch the early morning flag raising ceremony,” the mayor said.

Mayor Bongat said that he will miss this kind of “hide and seek” once he leaves the office.

Bongat is currently serving his last and final term as mayor. He’ll step down in office in June.

Vice Mayor Nelson Legacion will replace Bongat. The latter has already been declared mayor-elect of the city.