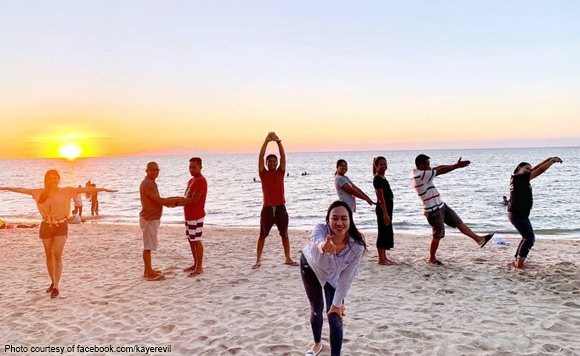 “Masbate Vice Gov. Kaye Revil has lost the electoral race for Congress, but while it was painful, she is wiping her tears and moving on.

Despite the dismal outcome of the polls, Revil said in a Facebook post that there is gratitude in her heart for the Masbatenos.

She told the people telling her to prepare for the next elections that it was enough for her that she ran this year.

She feels like she still won when it came to her principles, and that she was able to fight a rotten system, she said.

Even though others haven’t joined her yet in this crusade, she is not losing hope, she added.

She may not have been elected, but she won the battle within!,” Revil posted.

“We wipe our tears & move on. And most importantly we remain grateful. Thank You Father God, thank you Masbate, thank you beloved Masbateños. 💕🙏🏻 To those saying I should prepare for the next elections, hindi na po. Tama ng lumaban tayo ngayon. At tayo’y nagwagi sa ating prinsipyo na kaya naman talagang desisyonan na labanan ang maling sistema. Bagamat di pa kayang panindigan ng mas nakararami, patuloy po tayong wag mawawalan ng pag-asa para sa ating bayan. Maraming salamat po sainyo. Huwag na po kayong malungkot. As for me, my team & the rest of my supporters, it’s the battle within that we have won, so yes allow me to claim that we are victorious! And now, in behalf of Team #REVILKAYEmpaign2CONGRESS I say- THANKS everyone!!! ☺️💕God speed. 🙏🏻,” Revil posted.