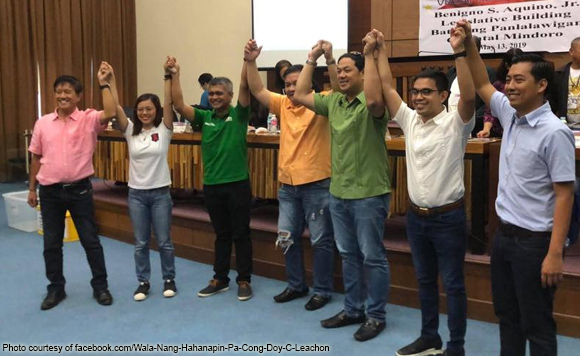 The newly elected governor of Oriental Mindoro Bonz Dolor promised to do his best in order to serve Mindoreños.

Dolor is the incumbent vice governor of the province. He defeated Rep. Reynaldo V. Umali for the position.

Incumbent Oriental Mindoro Rep. Doy Leachon was reelected with 114,552 votes, beating his rival Malou Morillo, who only got 89,655 votes.

Meanwhile, Governor Alfonso Umali, Jr. was elected as congressman in the second district, replacing his brother Rep. Umali, who is now serving his final term as congressman.