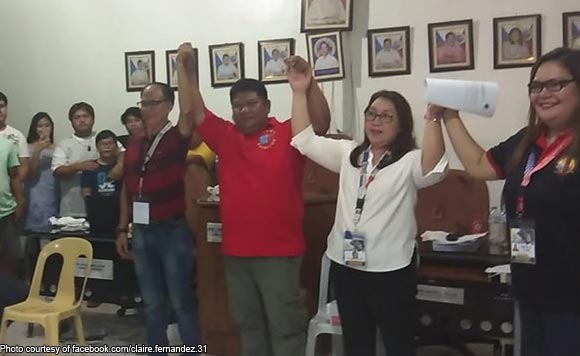 Fernandez won as Vice Mayor of Polangui, Albay with 19,895 votes. He ran under the banner of ruling party PDP-Laban.

Trailing behind Mariscotes was Fernandez’s runningmate Bong Sampal with 13,666 votes.

Placing third in the race was Napoleon Reolo with only 709 votes.