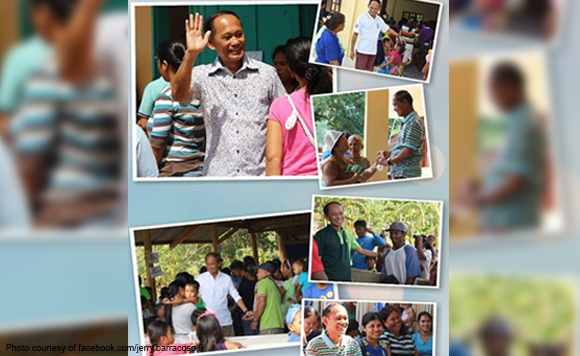 Coron Mayor Jerry Barracoso will no longer be returning to his job after June, but he wishes his successor nothing but the best.

Barracoso has accepted his defeat in the polls, but has shown no trace of bitterness.

Barracoso, in a Facebook post, said it had been a privilege to serve as mayor, and the people f the town can be sure he gave his 101 percent to them.

He thanked his family, his allies, his supporters and the municipal workers for joining him in his journey and his efforts to make Coron a better town.

Despite the results, he feels blessed and he knows the Lord will also bless Coron.

He congratulated his impending successor, Marjo Reyes, for being the best man for the job and wished the vice mayor and incoming Sangguniang Bayan Members well.

He is gladly passing the baton to them, he added.

Barracoso may be leaving the post of mayor, but his love for Coron remains and he wishes it nothing but the best!

I CONGRATULATE MAYOR MARJO FOR BEING THE BEST MAN FOR THE JOB, VICE ASIAN OUR YOUNG AND TALENTED VICE MAYOR AND THE INCOMING SB MEMBERS. I GLADLY PASS ON THE BATON TO YOU BELIEVING THAT YOU WILL HIGHLY ESTEEM THE PEOPLE’S TRUST.

No Monday blues for Palawan Board Member Ryan Maminta