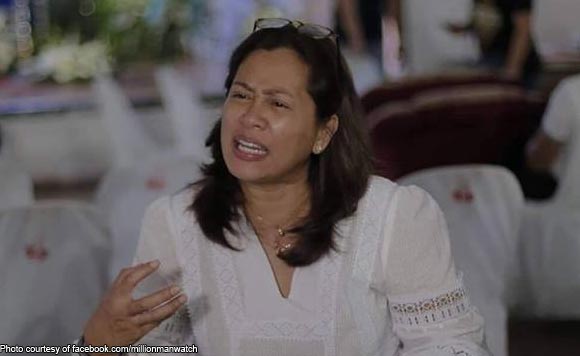 Gertrudes Batocabe, the widow of the late Ako Bikol Party-list congressman Rodel Batocabe, waved the white flag on Tuesday and accepted defeat in the 2019 mayoral elections in Daraga, Albay.

Batocabe lagged behind acting mayor Victor Perete, who is on top of the race with 21,615 votes against the former’s 17,358 votes in the partial and unofficial tally as of 1 p.m. Tuesday.

Incumbent Mayor Carlwyn Baldo, who is tagged as the mastermind in the killing of Rep. Batocabe in December last year, received 14,774 votes.

Batocabe expressed gratitude to those who supported her.

“Thank you very much, to all our family, friends and supporters who have helped us in this campaign,” she said.

Batocabe added that even if the election results were not in their favor, they respect the decision of the people.

“We have fought a good and honorable fight and I am so grateful to have had your love and respect as a substitute candidate for my husband, Rodel M. Batocabe. God bless us all, I pray for our beloved Daraga,” she said. (PNA)