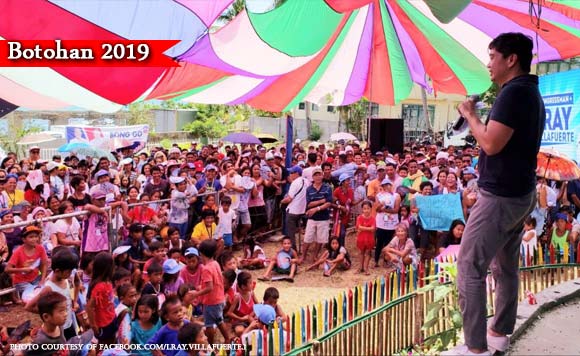 It’s not only the season which is hot, but the reception of the voters he has met, according to Camarines Sur Rep. LRay Villafuerte.

Villafuerte, in a Facebook post, expressed his appreciation for the people who came out to see him and his son Gov. Migz Villafuerte even at noon even if they were hungry and even if the sun was blazing.

He promised that he and his son would return their love for them through projects and programs for those in the coastal and upland barangays.

They have begun with road improvements, ad more will be coming, he added.

The warm reception of the people may soon bear fruit!